At my son’s school on a particular day, they asked for the children to be dressed as someone from the service industry. Some children dream of being pilots, doctors, nurses, policemen and chefs so they dressed accordingly. Some children were just dressing for fun so they were the vegetable vendor, Mahatma Gandhi, or any politician. Every year our children would want to dress up as something new. So we begin young; our minds look at people around us and start evaluating if that is what we want to be when we grow up. Well, I wanted to be a saxophone player, a psychiatrist, a novelist, or a social worker to help deaf and mute children. I even read Linda Goodman’s horoscopes urging me, as a Pisces, not to venture into the banking world or into a desk job… And my first job was behind a desk with a phone, talking to customers around the world, that’s the irony of life.

In the movie 300, they show how a boy of around seven is sent into the wild to become a man, a man worthy of ruling his kingdom. I did find that a little too harsh, but when you realize that in our modern day too we leave our homes, explore lands or simply just get into the concrete corporate jungle. We become stronger and wiser. 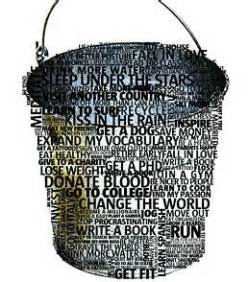 Now some people have well laid plans right from when they hit the teen years. The youth of today would like to gain a lot of qualifications, sit behind desks with computers in an air-conditioned office and have a cabin view while they are at it. Very few actually follow their childhood dreams of being a photographer or a painter or a chef. One of my friends is a talented artist; however, for practical reasons and for financial security he chose a career in banking. No doubt he was a go-getter so therefore he was successful in that as well. The artistic creativity in him would be now displayed on a weekend- a hobby that he pursues, and not an actual paying job. You hear inspirational stories about how people have quit their regular jobs and are world travelers who are pursuing their dreams. Some of them are successful and some of them still struggling.

So my question would be when do you give up? When do you start realizing that the thing that you’re currently doing is not actually the thing you are meant to do? This happens at times of rest; at times when you are at peace, you get to answer these questions.  Whenever you have returned from a two week vacation haven’t you felt that feeling of “You know I want this kind of life where I sleep, eat, live as a normal human and not like some zombie running from 9am-10pm in a building with no sunlight, filling reports and the like” Now I don’t disrespect the corporate world, we need them just as much they need us. My message is more for the youth to take the risk and grab every opportunity that comes their way if it is what they dreamt of, instead of settling for second best. The worst case scenario you will not succeed. However I would rather lie on my death bed, knowing that I tried.

I think we owe it to ourselves to at least try in this one lifetime, to pursue what we wanted when we were young, to give ourselves a chance to fail or to succeed. It’s time for a bucket list.

7 thoughts on “All well laid Plans”

Talk to Me :) Cancel reply